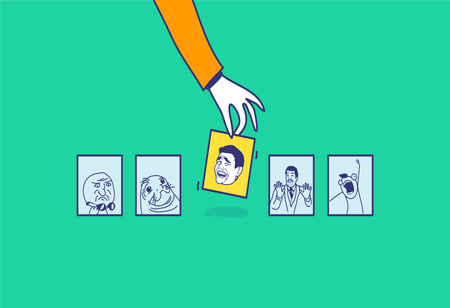 Meme marketing, as the name implies, is marketing using memes.
Memes are light and humorous pieces of material that viewers relate
to and have a high likelihood of being spread by the masses.
Brands are quickly adopting this online pop culture, giving rise to a new phrase known as meme-jacking.
Meme-jacking is the practice of brands using trending memes in
the context of their offerings to gain a new audience base.

Why should you care about Meme Marketing?

According to Neil Patel
“They’re simple to manufacture.
They’ve gone viral.
They’re hilarious,” and that pretty about sums it up.
A brand may use meme marketing to improve interaction without coming off as too promotional.
Because they are sharable, they can reach a large number of people at once.
Last but not least, memes are simple to produce.
There are a few things to bear in mind, but other than that, memes can’t go wrong.

The Game of Memes

Meme marketing has some advantages:

The Friendship of Memes and Social Media

It is one of the most commonly utilized touchpoints
where the audience interacts with a business in real-time, and it has grown in importance as an engagement tool.
In the social media realm, a meme may be used to interact with a current audience
while also reaching out to a new audience.
Memes, since they are humorous, relevant, and refreshing,
have a great possibility of being shared and therefore going viral.
This also aids in the first traffic to the website.
It is inexpensive since it aids in the creation of a viral awareness campaign at little or no expense.
A company might utilize memes to raise awareness about an impending product or service.
When GUCCI first introduced its watch collection.
They were successful with their #TFWGucci viral campaign.

Now it’s your chance to master meme marketing and make your content go viral.
Also, please share your best meme marketing campaign in the comments area below.
Who knows what the next great idea will arise from these discussions!
You may contact Nummero since we are the top digital marketing agency in Bangalore.