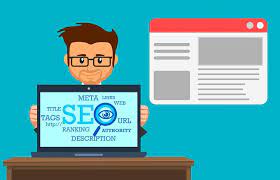 The terms’ gray hat ‘,’ black hat ‘, and white hat ‘have long been legitimized and criticized by various SEO strategies. The fact that these terms are damaging rather than helping the SEO sector has become more and more obvious. For a while now, this argument has been around, as several industry experts have often questioned the terminology’s value. The terminology is still used anyway, and experts in search engine optimization require a new model for evaluating SEO strategies. To know more about SEO Terminology, keep reading.
The Color-Coded Terms Are Very Old-School

The concepts have been used by SEO industry stakeholders for years to describe how ethical or immoral ranking strategies are. Differences in black, white, and gray hats are very personal, but almost every SEO professional knows the words’ meanings.
Black Hat

It refers to unethical techniques for search engine optimization that violate search engine rules, mainly Google’s, to manipulate rankings. Cloaking, content automation, keyword stuffing, as well as the use of link farms and paid links are some of the traditional black hat techniques. According to some of Cochin’s best SEO service providers, using the above tactics is likely to lead to penalties from Google.
Gray Hat

The techniques described by the word ‘gray-hat are not black/wrong and not white/right. The word gray in the descriptor refers to that nuanced environment where it is difficult to judge correct and incorrect SEO practices. The best providers of SEO packages claim that using these tactics could also result in a penalty from Google.
White Hat

The methods that follow the guidelines of Google are referred to as ‘white hat’. As these do not violate the rules of the search engine, their use would not contribute to the said penalty. Enhancing page load speed, making usable web content, and keyword analysis are some of the white hat search engine optimization practices.
Conclusion

SEO experts do not fancy words for several reasons. For one, it introduces unwanted constraints. Within a framework based around Google, SEO professionals operate, but they represent their clientele or employers, not the search engine business. The word, anyway, revolves around the laws of the search engine instead of the company’s bottom line of the professionals. SEO professionals appear to make strategic calls that, despite adhering to the rules, prove unfavorable to their business. So, instead of only following the rulebook, the experts should be imaginative. An SEO approach may not comply with Google guidelines, but in some cases, it can still be used.