How can Digital Marketing firms combat the ad blindness problem? Skip to content 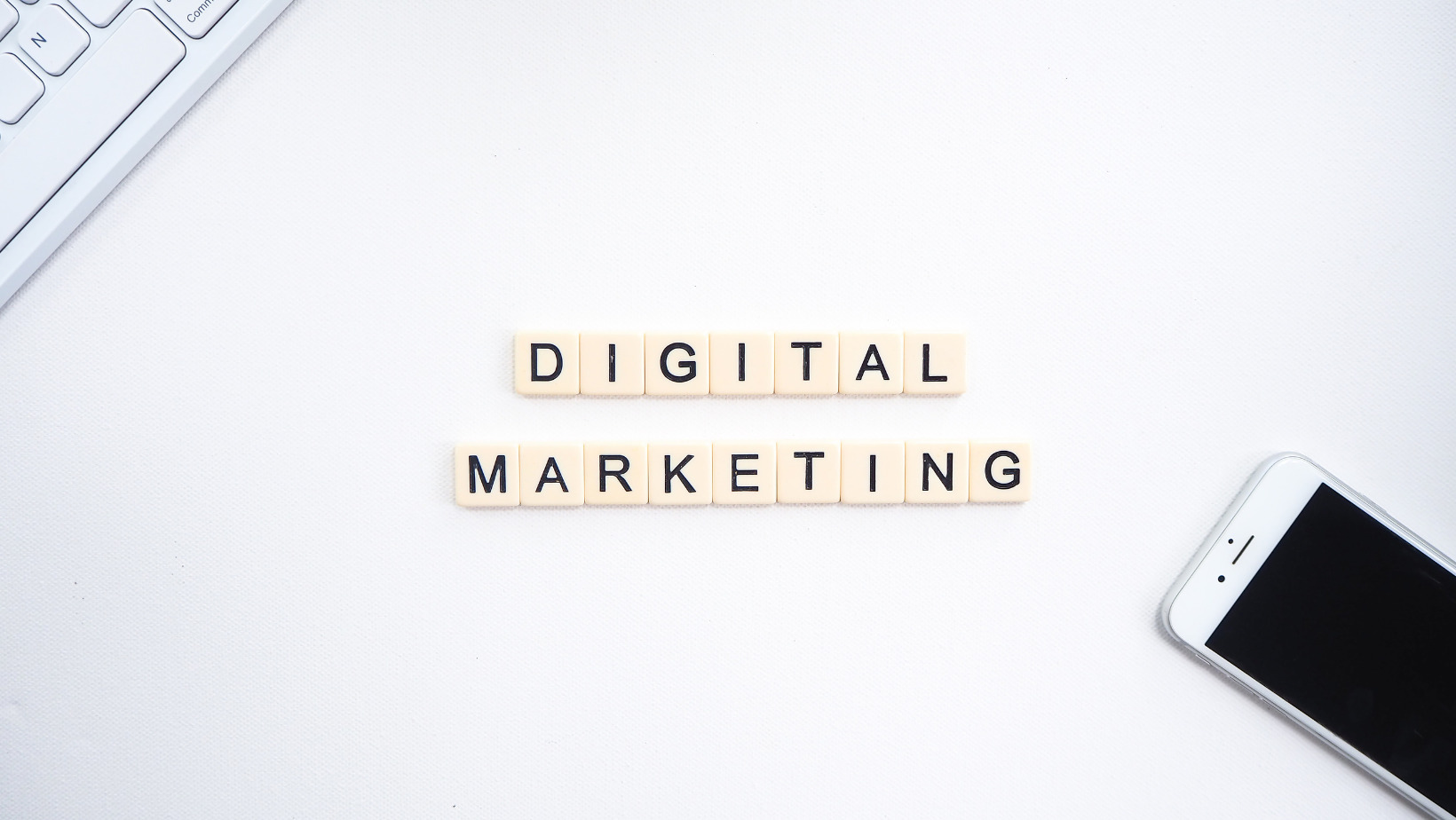 How can Digital Marketing firms combat the ad blindness problem?

A comprehensive plan by Digital marketing firms for content marketing must include some advertising strategy, be it as Google ads or social ads, or Paid advertisements hosted on other sites. 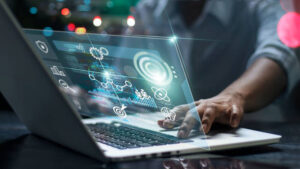 But, as the ad space becomes increasingly crowded, not every advertisement receives the same amount of consideration. Certain ads appear to be dismissed entirely.

A phenomenon known as “banner blindness” is growing among digital media users and can cause significant adverse effects on how effective your advertising strategy is.

In this article, we’ll look at the theory behind the banner blindness concept and provide strategies to employ in the ad strategy that will aid you in overcoming the adverse effects of blindness to banners and enhance your campaigns.

What are Banner Ads?

Before we begin to comprehend what the term “banner blindness” signifies, we must first understand the meaning of a banner.

One of the first differences you need to be aware of is that a banner advertisement isn’t an actual pop-up. Pop-ups are ads with a clickable “x” to remove the advert from your display. An ad blocker plug-in typically blocks them in your browser.

Banner ads are integrated through an ad-server into websites and displayed in the centre, the top or lower part of a website.

Advertisements on banners are often described as “digital billboards” as they typically are static advertisements designed to draw enough attention from readers to make them move the user away from the site to the website for the advertiser.

Although any site can feature banner ads on its pages, they are typically found on news or aggregation websites.

They are distinct from ads on sidebars since the banners are designed to grab attention before the user scrolls through the pages.

For instance, if we wrote one of our blog articles talked about best practices to improve conversions, then we could add in it a banner for this book:

So, what is Banner Blindness?

Think of the last time you were attentive to the sounds of your refrigerator running or the heating system turning.

When these sounds were the beginning when you were moving into your house, you’ve probably become accustomed to hearing them and are now more likely to ignore them in everyday life.

While banner blindness may refer to a deliberate choice to recognize an advertisement,

it is typically used to refer to an involuntary type of selective attention.

Look back at the last time you visited your preferred news website.

Did you see a banner advertisement on the highest point of the webpage?

Did you begin to scroll down the content without even noticing the contents — or perhaps before it loaded?

If a person is expecting an ad on a site, the chances are that after a while, they will become accustomed to scrolling a bit further down the page to get to the content they wish to view without seeing the banner advertisement.

After a while, the banner advertisement on the website has nothing because the viewers aren’t watching it directly or clicking on it.

What Can You Do to Avoid Banner Blindness?

Blindness to banners can be a problem for any advertiser. This can result in a decrease in ROI or revenue and a decrease in conversion rates.

In the worst cases, your company could damage credibility or reputation

When the advertisement is perceived as an inconvenience or distracting from the content that a user would like to view.

To fight the blindness of banners, digital marketers must be savvier regarding the style and look of their advertisements.

Here are six strategies that you can use to avoid advertising blindness due to banners in your campaigns:

If we’re truthful, blindness to banners is closely linked to burnout in ads.

Suppose a user of a website bombarded with ads every time they open a webpage. In that case, it is unlikely that they will desire to interact with the advertisements, click on offers, or even go to the site if the advertisements are too numerous.

To be distinguished from the ocean of sidebar advertisements and website banners, your ads must have a distinct look and not look like an advertisement at first glance.

This will draw attention to your brand’s message but without coming to appear overbearing.

Here are some tips to avoid appearing like an advertisement:

While a vibrant and vivid advertisement can make it stand out in specific locations, users anticipate website banners to be full of activity. Choose a neutral colour palette, a dark background or simple images to attract interest.

If your advertisements always have similar dimensions consider altering the design of your advert. This will draw the viewer’s interest as it’s a change from the routine they’ve grown familiar with. 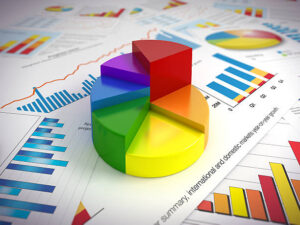 You might consider investing in a new look if your advertisements aren’t getting views or clicks. Choose simple and efficient elements, contrast them with the original content on your page and let your CTA be noticed. 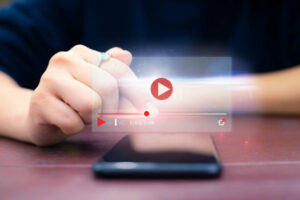 Video and other moving content can grab a viewer’s eyes and draw their interest in your ad more than static images or design.

A video advertisement can give more information to the viewers than an image.

Be wary of this method. However, an uninteresting video advertisement could perceived as annoying or as a pop-up advert to users.

Be sure that your video is entertaining as well as informative and enjoyable. An unprofessional ad could damage the reputation of your business. 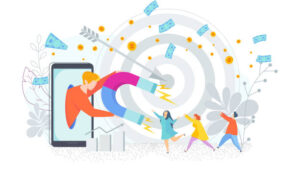 It may appear simple; it’s not, but making sure that your advertisements are placed on the correct websites is essential for their effectiveness.

If your business wants to reach out to younger Gen Z viewers, but your advertisements aren’t appearing in The New York Times, you might be off the mark.

Choosing the right target audience by putting up engaging and innovative advertising can make people take notice of your ads instead of ignoring them.

Instead of a banner ad located high on the webpage.

consider placing your ads halfway down the page and be consistent with the design of the content on the website.

Native ads not only noticed by more readers and made to not look like an advertisement, and therefore avoid

The negative impressions that readers might get when they see an advert within their feeds of content.

People of all ages enjoy advertisements that entice and inspire them to interact with the material. Interactive banners could include elements such as: 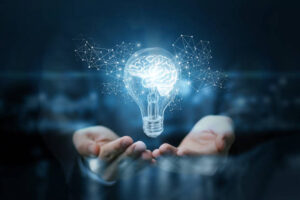 If you’re unsure which strategy to adopt to improve your banner ads.

Be sure to test different systems to find the one that works for your goals in advertising.

Start with strategies that cost the least amount of money or take the least duration to execute, then progress to a more expensive or time-consuming process.

Do we get Advantages Banner Ad Campaigns?

There are various options and strategies to consider implementing for your banner ads;

there could be a moment when you must decide whether

Advertising on banners can be costly, especially when competing for space on the top pages of the biggest companies in the industry.

This high initial cost, banner blindness, and poor engagement could have substantial adverse effects on your financial results.

There are many kinds of advertising formats, including banner ads that cost less and get more interest.

Advertisements in sidebars or mid-pages can remain in readers’ view

for extended periods and have a higher likelihood of being noticed because readers aren’t likely to scroll down a page to avoid ads on the top.

That can be more economical and targeted to particular audiences rather than general website viewers.

altogether, but be sure you remain open to the most cost-effective advertising designs and locations.