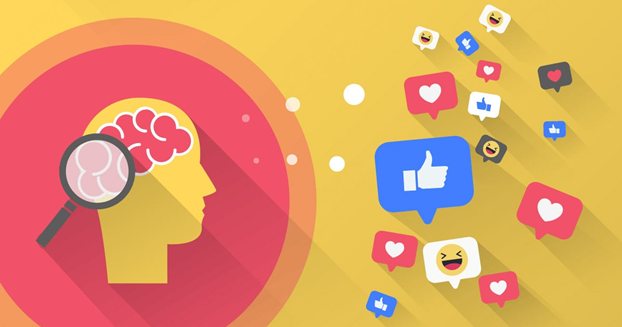 Understanding your audience is the key to social media success.

And the only way to do so is to grasp some fundamental psychological concepts.

We at Nummero have long recognized

the relevance of social media psychology in spreading content far and wide.

In this post, we’ll break down several essential principles

so you may apply them to your own social media strategy.

Let’s get down to the nitty-gritty of the psychological truths that social media managers must be aware of.

So,Have you ever considered why you share what you do on social media?

According to comprehensive research done

by the New York Times, there are main reasons why individuals share material online:

To make a difference in the lives of others. Almost all participants (94%) indicated they share because they believe the material would benefit their audience’s life. As a marketer, it is critical to generate useful content that will improve the lives of your audience (and their audiences).

So,To establish their own identity. Two-thirds of those polled (68%) said they shared information to build an “idealized online persona” of themselves. Consider if the material you generate will be of interest to your audience and whether they will be glad to share it.

So,You would not buy something from someone you did not trust, and your audience is no exception.

held a webinar in which he addressed how marketers can gain their consumers’ confidence.

is a feel-good hormone generated by the brain when a person feels welcomed and a part of something.

them feel better about themselves, and this frequently involves being part of a larger group,” Graves adds.

He discusses an experiment done by a power provider that discovered

that consumers who were shown their neighbours’ consumption habits desired to

mimic those of their neighbours (whether they were previously using more or less energy).

“This is an example of Social Proof,” Graves says,
“the technique of not pointing out poor conduct, but showing customers

that their tribe is already practicing the desired behaviour.”

ways to demonstrate to your audience that others are already satisfied with your business.

3. The majority of people are visual learners

So,A visual aid is essential for your audience to interact with, recall, and learn about your material.

The VAK model is one of the most widely used classifications of learning styles.

According to research published in the Current Health Sciences Journal,

65 percent of the general population is visual learners.

So,The purpose of this study was to determine if that held among actual pupils.

Yes, you read that correctly.

persuade and educate readers who come across your content.

They are also successful when attempting to appeal

to those who are actively seeking, researching, and comparing items.

Although it may appear apparent, there is empirical evidence to support

why including powerful visual components into

your social approach can help you successfully promote your product.

So,You don’t have to be Sigmund Freud to understand your social media audience.

Nummero Analytics can provide you with concrete insights about your followers’ social media behaviours,

such as the material they enjoy and the times they are most likely to interact with it.

You may contact us since we are the best digital marketing agency in Bangalore.