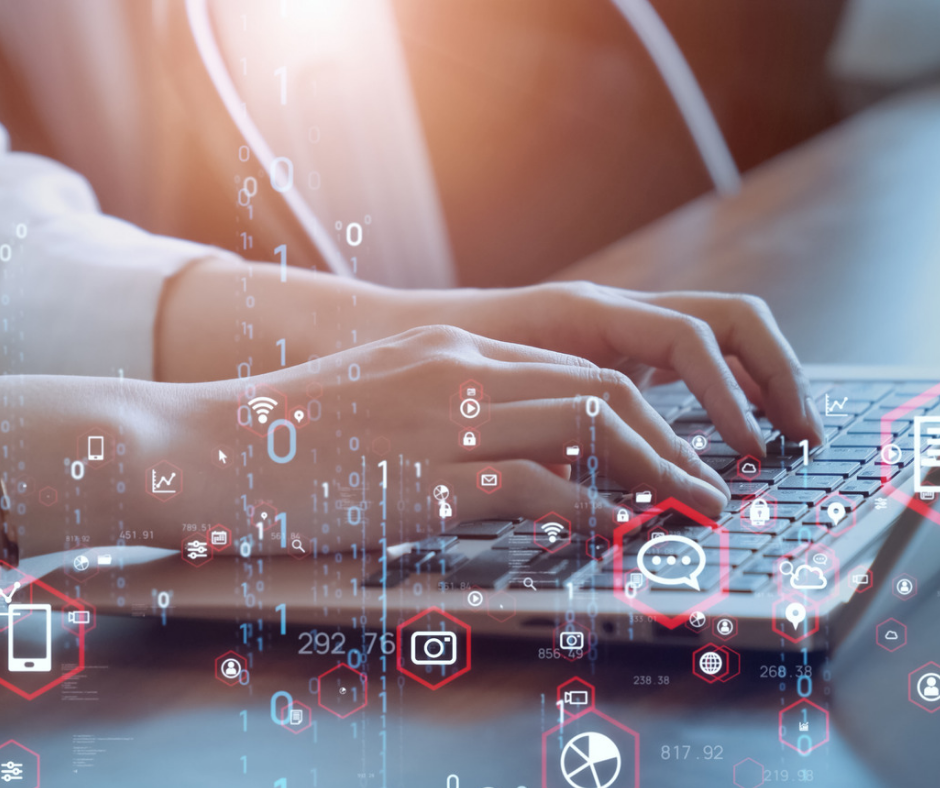 Website Development for Beginners. Summary. So you want to learn to make websites? This page has a list of articles that are perfect to help you understand

It’s like sipping from a fire hose when it comes to web development. You’ve turned the hose on full blast by Googling “coding.”

This guide will gradually introduce you to the world of web development and pique your interest in it. It might not constitute a complete guide.

We’ll go through the fundamentals of web development, the process of building a website, and further resources for people who want to learn more about development — or perhaps become a developer themselves — in this tutorial.

The effort that goes into creating a website is called website development. This might be anything from a simple text-only site to a large online application or social network.

Why is web development important?

You may be a business owner looking for a freelance developer to design your website, a marketer selling a vision to your development team, or a student interested in pursuing a career in development. Understanding the fundamentals of website building may be beneficial in today’s technology-driven world, regardless of who you are or why you’re reading this tutorial.

The internet will not get phased out anytime soon. In reality, it has evolved into the world’s principal portal for research, connection, education, and entertainment. There are 4.2 billion internet users worldwide as of 2019. That’s more than half of the world’s population, and they use the internet for a wide range of purposes.

What do all of these factors have in common? They need a website, and each website needs the expertise of a web developer.

Web development is another business that is quickly growing. Web developer jobs will predict to increase by 13% between now and 2028. That’s far quicker than the majority of other IT jobs.

Let’s go through some web development fundamentals now that we’ve defined the term.

Webpages contain files kept on servers, which include computers that host (or store) websites. The World Wide Web, or the internet, connects these servers to a large network (to use 90s terminology). In the next part, we’ll go deeper into servers.

Browsers, such as Google Chrome or Internet Explorer, are computer applications that load websites using your internet connection. The client is another name for your computer.

2. What an IP Address Is

The Internet Protocol (IP) is a collection of rules that governs internet communication.

To visit a website, you’ll need to know its IP address. An IP address consists made up of a unique string of numbers. Each device has an IP address to distinguish itself from the billions of websites and gadgets connected to the internet.

You may also use your search browser to look up your IP address by typing “what is my IP address.”

The HyperText Transfer Protocol (HTTP) establishes a connection between you and your website request and the remote server that stores all website data. It’s a collection of rules (a protocol) that governs how communications might convey across the internet. It enables you to navigate between different site pages and websites.

While you input a website into your web browser or use a search engine, HTTP offers a foundation that allows the client (computer) and server to communicate in the same language when sending and receiving requests and answers over the internet. It acts as a translator between you and the internet, reading your website request, reading the code sent from the server, and translating it into a website for you.

Coding is the process of creating code for servers and apps using computer languages. They got dubbed “languages” because they had the vocabulary and grammatical norms required for communicating with computers. There were also special instructions, abbreviations, and punctuation that only gadgets and programs could comprehend.

Any program is written in at least one coding language, though the languages used vary by platform, operating system, and style. There are several coding languages to choose from. Front-end and back-end are the two categories.

You engage with the front-end (also known as the client-side) of a website or software as an internet user. When information gets transferred from a server to a browser, front-end coding languages allow a website to function without needing to “connect” with the internet frequently.

Front-end programming helps users like you and me to engage with a website by playing videos, expanding and contracting pictures, highlighting text, and more. Web developers that specialize in front-end coding might handle client-side programming.

In the following section, we’ll go deeper into front-end development.

When you utilize the internet, you don’t see the back-end (or server-side). It’s the digital infrastructure, and it seems like a jumble of numbers, characters, and symbols to non-developers.

A content management system (CMS) is a software or set of tools for creating and managing web content.
Although it is not essential to create a website, employing a content management system (CMS) simplifies the process. It gives the building elements (such as plugins and add-ons) and allows you to code the structure. CMSs are most commonly associated with e-commerce and blogging, though they may also use on any sort of website.

Users will continue to hunt for weaknesses in websites to reveal private information, steal data, and crash servers as long as the internet exists. The technique of guarding data, networks, and computers from various dangers is known as cybersecurity.

Hackers’ strategies, as well as the security measures employed to combat them, are always developing. Failure to comprehend how your website could get targeted might spell disaster.

As a result, when learning web programming, it’s critical to have at least a basic awareness of cybersecurity – see our guide to cybersecurity for more information.

Whether you’re trying to employ or become a web developer, you should be aware of the various forms of web development that developers may master.

Front-end developers work on the client-facing (or user-facing) side of websites, applications, and software, or what users see. They create the visual features of the site, such as the layout, navigation, graphics, and other aesthetics.

These developers’ primary responsibility is to create interfaces that assist users in achieving their objectives, which is why they frequently contribute to the user experience component of their projects. Front-end developers with a background in user experience are better able to empathize with end-users.

The back-end is what users don’t see if the front-end is what they see. Back-end web developers work behind the scenes on the servers of websites, applications, and software to ensure that everything is working properly.

These programmers handle the code for security, content, and site structure in systems like servers, operating systems, APIs, and databases. To get their products in front of people, they work with front-end developers.

Developers that work on both the front-end and back-end of a website are known as full-stack developers. From start to end, they may design a website, application, or software program. The term “stack” refers to the several technologies that handle various functions on the same website, such as the server, interface, and so on.

Full-stack developers are in high demand since they require years of expertise in the sector to have the requisite skills. Their broad understanding enables them to improve performance, detect issues before they arise, and assist team members in comprehending the many components of a web service.

Front-end, back-end, and full-stack website developers are all available. However, as opposed to mobile apps, desktop software, or video games, these specialists concentrate on website development.

Desktop developers create software apps that operate locally on your device rather than via a web browser via the internet. If an application can operate both online and offline, these developers’ skillsets may overlap with those of web developers.

Developers create apps for mobile devices like smartphones and tablets. Mobile applications are unlike other websites and software applications in that they require a unique set of development abilities and knowledge of specific programming languages.

Game developers, on the other hand, specialize in creating game experiences, which is a whole distinct skill set.

Embedded developers deal with any gear that isn’t a computer (or, at least, what most of us think of as a computer, which includes a keyboard and screen). Electronic interfaces, consumer gadgets, IoT gadgets, real-time systems, and other items fall under this category.

Embedded development is growing more popular as the number of networked devices grows, as seen by smart appliances, Bluetooth technology, and virtual assistants.

For the security of a software program or a website, security developers build strategies and processes. These programmers are usually ethical hackers who strive to “break” websites to uncover flaws without causing harm. They also create security risk detection and mitigation systems.

Let’s have a look at the web creation procedure now (which involves many of these types of development).

Here are a few online courses and programs to help you learn back-end, front-end, or full-stack coding.
TutorialsPoint

On TutorialsPoint, all information and resources are available for free. TutorialsPoint offers a variety of learning options, including tutorials, ebooks, and videos.
egghead

Egghead is a collection of working web development experts and open source contributors who give you succinctly, information-dense video courses on the top technologies in the industry,” according to their website. On a wide range of web development subjects, users may attend courses, listen to podcasts, or take lessons.

Khan Academy is a well-known online educational resource that is available for free. Users may study macroeconomics, linear algebra, and US history, as well as a few computer-related topics.

freeCodeCamp (like Khan Academy) is a non-profit initiative that helps individuals learn to code for free. Thousands of developers and engineers learn about programming and get development jobs thanks to freeCodeCamp’s tens of thousands of articles, videos, and interactive tutorials, as well as global study groups.

Team Treehouse is an online learning program that requires a membership. Users pay a monthly subscription to obtain access to hundreds of courses covering more than 20 areas. Treehouse can teach you everything you need to know about web programming, from JavaScript to Python to PHP.

The internet isn’t going away anytime soon. It’s becoming better all the time, and web developers are at the forefront of these advancements. Web development influences practically every aspect of your day — and your company — from this blog to your favorite social network to the applications you use on your phone.

Take the time to learn coding and programming so that you may better not just your own life but also the lives of your customers.