What exactly is viral marketing (and will it still work in 2021)? Skip to content 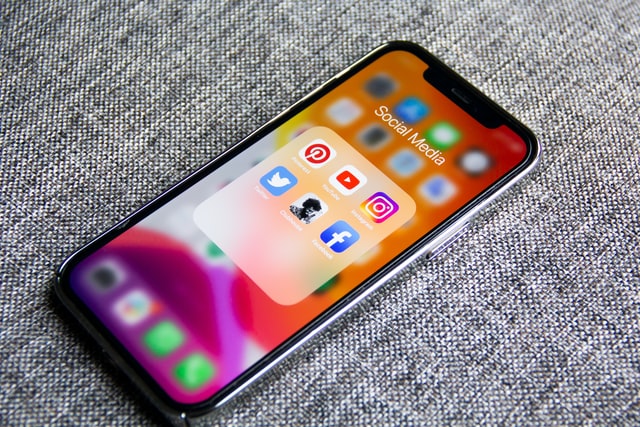 What exactly is viral marketing (and will it still work in 2021)?

We don’t blame you if you’re still hoping for your company to “become viral.”
Because companies, understandably, want their names and content seen by as many people as possible.
Increasing brand recognition is the number one social media aim for marketers today.
This explains why so many firms use viral marketing as a way to launch themselves into social media superstardom.
But, these days, does pursuing trends and one-off events make sense?
Shouldn’t companies instead focus on social media as part of a larger marketing funnel?
As we approach a new decade, the notion of viral marketing deserves revisited.
That is precisely why we created this tutorial.

What is Viral Marketing?

Viral marketing is just a method for getting users to promote your software through their current social networks.
But how does viral marketing work?
The popularity of memes, for example, exemplifies much of current viral marketing on social media.
Although not always associated with a specific product, how memes propagate is inextricably linked to the concepts that go viral.
Consider how random phenomena such as “OK boomer” or “Baby Yoda”
May take over your social feeds out of nowhere.
Memes were widely disseminated and promoted because they resonate with individuals, while outsiders participate in meme trends through “likes” and “shares.”
The same criteria apply to viral marketing, in which followers and consumers spread a brand’s material because its message or advertisement is noteworthy.
For brands, viral marketing is like “lightning in a bottle.
“Many will attempt, but only a few will able to achieve the desired level of universal reach.

How a Viral Marketing Campaign Works

Generating and launching a viral marketing campaign entails creating content that is so interesting and relevant that consumers can’t help but share it with their friends: “Hey, you have to see this!”
You create the material and plan it. You make it as easy to share as possible.
Then you distribute it in the hopes that word of mouth will spread it.
This is what gives it its unpredictability. Not everything a marketer develops will well receive by their target audience.
Even if it does, not every evocative item will encourage people to share it with their friends and family.

Low cost: It does not have to be expensive to create something that people will want to share. Sometimes the simplest ideas have the biggest impact. And when done correctly, it may provide a good ROI.
Reach: Going viral allows your message and brand to reach a far larger audience than you may think.
Credibility: All of a sudden, your brand is on everyone’s radar. Or it becomes the topic of conversation at a party. If done correctly, this is your key to quick (and ideally long-term) brand recognition.

But, like with anything, some drawbacks go along with the benefits.
While a smart viral marketing campaign may cost-effectively raise huge brand recognition, it also has the potential to dilute your brand.
Or, at worst, create bad talk about your business and products.
When it comes to developing your organization’s trust, “too much of a good thing” may backfire.
Virality is based on the concept that individuals would share your campaign with their friends.
However, many may not do so if they are concerned that you will wind up collecting personal information from them or just adding their friends to a spamming mailing list.
Individuals must remember that they have their own “personal brand” to defend.
Furthermore, becoming viral may result in a large rush of new users who abruptly leave after checking out your app.
These initiatives will not bring you, long-term clients.
Overall, the benefits of viral marketing significantly exceed the drawbacks.

Having said that, some concepts that found in every one of the viral marketing campaign examples presented below.
Let’s go through these before getting into the recommended practices for preparing for possible viral marketing in your efforts.
Viral marketing initiatives that are successful have the following characteristics:

How The Dark Knight Viral Marketing Campaign Made Serious Bat-Buzz

In May of 2007, 42 Entertainment launched a multimedia marketing campaign for Warner Brothers’ picture The Dark Knight.
The agency created a massive scavenger hunt and role-playing experience based on the film’s slogan “Why So Serious?”
It began as early as 15 months before the film’s release.
And it ended up engaging almost 11 million people from 75 different nations.
Participants took on the roles of the Joker’s henchmen, Harvey Dent’s campaign volunteers, or Batman clones.
They examined hundreds of internet sites, emails, print materials, and films.
They uncovered evidence that led to GPS coordinates.
The dialled phone numbers scrawled by planes in the sky.
Investigators also uncovered prepaid mobile phones baked into birthday cakes.
They also gathered for actual rallies, where they won one-of-a-kind collectable goods.
This 4-minute video case study explains how 42 Entertainment created their viral marketing campaign:

Preparation: Because the campaign was so sophisticated and complicated, it necessitated extensive planning.
Participants, however, we’re never bored. There was always something fresh to do or expect.
Gamification: The campaign was an engaging game. It evolved into a role-playing scavenger hunt with real-world prizes for players.
And it ended up attracting more than just die-hard Batman fans.
Press-worthiness: It was extremely visual.
(Would anyone like to see photos of themselves with Joker masks?) And it was such a novel idea that it sparked a torrent of press and blog coverage.
This added to the astounding number of people who saw the film in its first week.

How the Blendtec Viral Marketing Campaign Crushed It

Blendtec’s new marketing director, George Wright, found something interesting in 2006.
His CEO, Tom Dickson, and their R&D team put their blenders through rigorous testing by tossing in wooden boards to check if the blades survived.
He reasoned that this would make an interesting picture.
Wright took low-cost films of the blender feasting down on various materials.
The total investment for the first few episodes is less than $100.
Mostly for the ingredients to feed the blender.
Their films had over 285 million views and resulted in a 700% increase in sales.
It also resulted in widespread media coverage.
Blendtec has featured on several US television shows, including The Today Show, The Tonight Show, and many others.
In 2008, the firm received a bronze Clio award for advertising.
Most significantly, the videos helped to establish their brand as a household name.
The viral video marketing campaign defined by Blendtec’s “Will It Blend?” ad.
Here’s one of the early Blendtec viral marketing campaign videos:

Spectacle + Interactivity: Blenders smashing a wide range of inanimate objects?
What a show! It inspired viewers to continue proposing other things to toss into the blenders. Interactivity occurs instantly.
Low-Cost Production: Wright created their viral marketing campaign on a shoestring budget.
So much so that the ROI was immediate and continued to rise.
The concept was king. The execution and production nearly took a back place to the interesting notion.
Audience Involvement: The campaign quickly engaged its target audience.
Blendtec was able to enhance brand recognition as a result, resulting in a 700% increase in sales.

How the ALS Ice Bucket Challenge Made a Cause Cool

Then, in 2014, there was an explosion of viral videos in which people became drenched in ice water.
Following the chilly bath, participants encouraged viewers to give to the ALS Association. They’d then challenge someone they knew to do the same thing.
Over two months, it seemed like everyone got buckets of ice water thrown at them.
As a result, 2.4 million videos uploaded to Facebook. An ice-bucket video was posted, liked, or commented on by 28 million people.
The ALS Association earned $98.2 million from July through August of 2014. During the same period the previous year, they had only received $2.7 million.
Here’s an example of a celebrity taking the ALS Ice Bucket Challenge:

Unusual: Having freezing water dumped on you?
At first, it was strange.
But it was just this aspect that made it so intriguing and exciting to see.
It was a unique stunt. And no two were ever alike.
Cause-driven: The videos made viewers feel something.
Sure, it appeared to be enjoyable, but participation was motivated by a desire to raise awareness about ALS.
People desire to make a difference in general. This viral campaign offered them the opportunity to do so.
Celebrities: The involvement of celebrities is a major cause of video content.
Viewers were eager to watch their favourite celebrities get drenched. And celebrities nominated other celebrities to embark on the challenge. A vicious cycle.

Frito-Lay launched a delectable campaign called “Do Us a Flavour” in 2012.
Fans can nominate and vote for a new flavour of potato chips via the Facebook app and SMS.
Of course, the fact that the reward was a million dollars helped.
The entries were assessed by a panel of famous chefs.
There were three finalists: Cheesy Garlic Bread, and Chicken & Waffles.
Frito-Lay created the three tastes concurrently, encouraging fans to vote by Facebook, Twitter, or SMS.
Thousands of people did. Cheesy Garlic Bread was declared the winner.
The viral campaign quadrupled Frito-US Lay’s Facebook followers, increasing sales by 12% nationally.

Inclusion: Allowing fans to have a say in product development is a common practice for technology businesses.
But what about potato chips? Frito-Lay was able to make people enthusiastic about a new product that they were allowed to recommend and vote on by doing so.
There is an immediate connection.
Incentive: With a cash incentive of $1 million (or 1% of net sales on the new taste), who wouldn’t want to participate?
Low entry barrier: If you want something to go viral, reduce the entry barrier so that more people may participate.
They had a Facebook app and a Twitter account, but they also had SMS, so anybody with a phone could propose flavours or vote.

Rovio Entertainment has already released 52 games before Angry Birds.
They were all unsuccessful.
When the original Angry Birds game published in December 2009, it also flopped.
The app did not generate enough interest in English-speaking areas.
Rovio, on the other hand, changed their tactics.
They chose to grow their fan base in lesser European markets.
After only a few hundred downloads, Angry Birds reached the top of the Finnish app market three months later.
And it snowballed from Finland to number one in Sweden, Greece, and Denmark. 40,000 people downloaded the app as a result of this.
With this success, Rovio approached indie game publisher Chillingo about distributing the app to app stores in the United Kingdom and the United States.
Chillingo persuaded Apple to put Angry Birds on the first page of the UK App Store.
It was just a matter of time until the app reached 1 billion downloads after being named game of the week in 2010.

Beginning Small: Faced with a lack of success in the two largest English markets, Rovio shifted its focus. They chose to begin with smaller markets and work their way up.
Outstanding Content: Angry Birds got popular due to its addictive nature. It’s simple to play, takes no time to load, is mainly free to play, and you can play it anywhere. And the birds are adorable.

We can’t make a viral campaign happen. As marketers, the only thing we can do is make our campaigns as shareable as possible.
To increase the likelihood of their spreading by word-of-mouth.
We’ve prepared the field when we decrease the barrier to the point where sharing is the only appropriate response.
The audience is in charge of the rest.
If you’re ready to dive in and start building your online presence, Nummero can assist you.
We have a team of marketing professionals ready to assist you in growing your business.