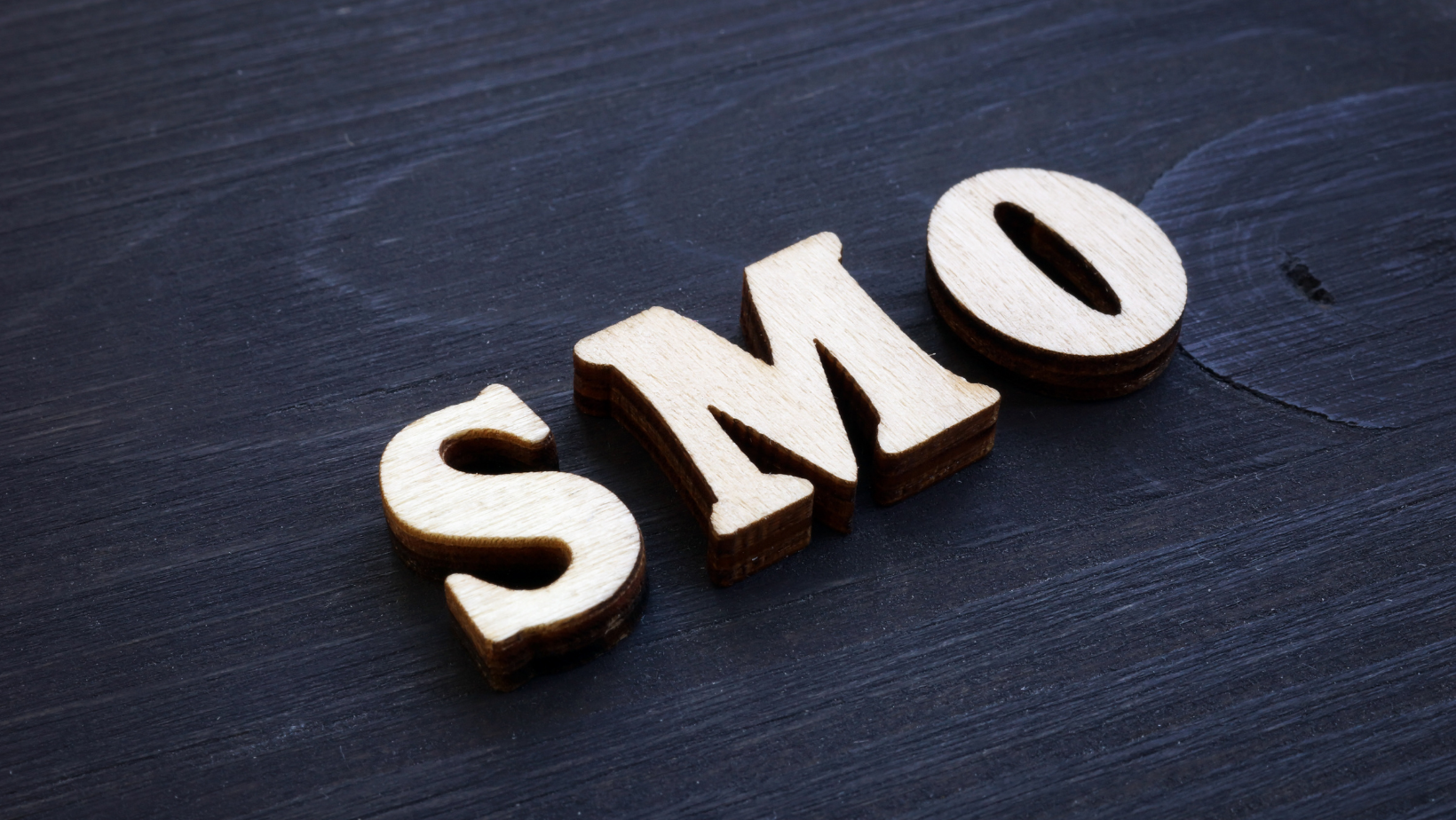 The primary premise of SMO, or Social Media Optimization, is to leverage social media to expand a brand’s digital strategy.

You may lower your total marketing costs, develop your customer relationships, and improve your SEO strategy by adopting it.

To enhance the reach of information published on the internet, SEO strategies are used.

It’s an important component of any digital marketing plan.

We can ensure that the company’s material ranked among the first SERP results by understanding the search algorithms’ criteria.

For a company that wants to make the most of its relationship with the digital audience, however, dominating the search results page isn’t enough.

Social networks are becoming increasingly important as a means of consolidating a company’s online presence due to their rapid expansion.

As a result, a strategy geared toward targeting them could be beneficial.

This is where Social Media Optimization (SMO) comes into play.

It’s a concept that, when properly implemented, can optimize and maximize the impact of social media use.

The goal is to leverage social media as a catalyst for increasing and consolidating your brand’s online presence by employing certain strategies.

To grasp SMO, consider the remarkable expansion that social networks have experienced in recent years.

These channels are becoming increasingly important in global Content Marketing plans, which has an unintended consequence.

The amount of content produced soared to new heights.

It’s challenging to come up with original and meaningful posts for the persona as a result of this.

The crucial thing to remember is that, as a result of the increased number of businesses investing in social media, Google has adjusted its algorithm to incorporate your page’s interaction as a ranking factor.

That means that, in addition to traditional SEO strategies, content that receives more likes and shares than its competitors is now required.

Social Media Optimization was created to help with this.

Why should you spend money on social media optimization?

It used to be easy to distinguish between marketing focused on optimizing search engines (SEM) and marketing centered on the usage of social networks (SMO).

Today, this line is essentially non-existent.

Not only are the two strategies allies, but they are also inherently complementary.

As a result, the first and most obvious reason to use SMO strategies is that they are critical to your SEO strategy.

This is made further apparent by a study that indicated that half of the organizations that don’t have success with SEO don’t bother to combine the two techniques.

Let’s pretend that your company has a high degree of Twitter interaction.

Although this fact does not ensure a high Google position, it will improve the results gained when combined with a competent SEO approach.

To put it another way, a healthy mix of SEO and SMO is critical to your Digital Marketing success.

Following that, we’ll go over the advantages of investing in Social Media Optimization for your company.

The cost of social media marketing has decreased.

Any budget that considers a company’s marketing and advertising activities nowadays must include a segment for social media use.

It turns out that this efficiency can only  achieved by research on consumer behavior, demographics, and interests.

This is due to the advertising’s usage of a targeting technology that makes it easier to target a very particular audience.

However, it’s pointless to draw people to your page if it’s not up to par in terms of quality.

Do you have any idea why?

Ad platforms charge based on the number of targets achieved.

If someone sees the ad, engages with it as planned, but still isn’t interested in the content, it’s an investment that has  squandered.

We all know how important it is to have a good conversion rate.

So, whether organic or ad-generated traffic, using SMO tactics increases the likelihood that someone will  interested in the material supplied by the page.

As a result, the return on investment (ROI) increases, lowering the total cost of social media marketing.

Integration of social media and other platforms is being improved.

If you’ve used Information Marketing tactics before, you know how important it is to diversify the platforms via which you distribute your content.

You also understand that having a large number of channels is useless unless they are all integrated logically.

This includes everything from the posted material to page design selections.

After all, both the brand’s message and its visual identity are necessary components for effective branding.

As a result, consistency across all media is essential.

However, focusing on social media optimization makes this integration much easier.

This is due to the fact that Social Media Optimization may develop best practices for managing your sites, ensuring a high-quality outcome.

You can direct postings from your blog or website, for example, to your profile if you know your social media updates are matched with your company’s other channels.

As a result, you generate highly qualified traffic, boosting the ROI of your efforts in the region.

Remember how we said that global content production is expanding at an exponential rate, providing a problem for industry professionals?

We also have the human restriction of not being able to consume all of the stuff produced by the internet.

Mark Schaefer examined this problem in his book The Content Code, which was published in 2014.

The author proposes the concept of content shock, which perfectly reflects what you read in the previous paragraph.

As a result, by providing far more than they need, you must devise clever strategies to ensure that your material is eaten.

SMO is the most effective method for achieving this goal.

You’ll be one step ahead of the competition with optimized and relevant content, allowing your business to become top-of-mind.

This means that if a consumer is presented with content from both you and your competition, they will instinctively click on the one that symbolizes your brand.

Interaction and engagement with the audience maximized.

We’re now working with a demographic known as Consumer 4.0.

According to Philip Kotler, this means that the brand’s relationship with its customers is becoming an increasingly important aspect of the company’s success.

This is because the general public now views businesses as equals and, as a result, expects them to be humanized.

Several brands have already begun to invest in methods to demonstrate that they are approachable to customers.

In an attempt to develop a relationship with the lead, many email marketing campaigns include the sender’s first name.

However, there is no better tool to develop this bond than a social network.

This allows for interactivity as well as showing the algorithm that people interested in the page.

We may argue that Social Media Optimization raises the chances of interaction because it seeks to increase the number of likes and comments received per post.

An audience that interacts with the company is more likely to remain loyal.

As a result of the plan, actual brand evangelists created.

What is the primary distinction between SMO, SEO, SEM, and SMM?

If you’ve made it this far, you already know what SMO is and why it’s so important to combine it with SEO.

We also briefly discussed the delicate line that exists between such concepts and SEM.

Aren’t there a lot of different acronyms there?

This is a fairly typical occurrence in Digital Marketing, and it necessitates a great deal of attention.

As a result, before we get into the most efficient Social Media Optimization approaches, we’ll take a moment to define the most common acronyms used in internet marketing.

Continue reading to see the differences!

As we indicated at the outset of this post, SEO refers to a set of organic strategies for improving a website’s ranking on SERPs (Search Engine Results Pages).

It’s a notion that works with and complements the SMO.

As a result, SEM is more comprehensive than SEO.

While it may appear to be similar to SEO, there are some key differences.

While SEO focuses on factors such as readability and keyword usage, SEM can involve tactics such as Google Ads campaigns or sponsored links.

Is it too difficult?

Let’s break it down!

As a result, SMM (Social Media Marketing) is a broader term than SMO.

As a result, this acronym encompasses all social media marketing efforts, whether organic or paid.

The goal is to find ways to position the brand in a way that encourages people to engage with it, form relationships, and do business with it.

What are the most common methods for social media optimization?

As you would imagine, knowing the entire theory of SMO is pointless if you don’t know how to use it effectively.

After all, it’s reasonable to expect that the competitors will pursue a similar plan, thus it must performed flawlessly.

The approaches and strategies that produce the finest outcomes when it comes to social media optimization  listed below.

It’s no secret that understanding when to post to your social media platforms is crucial to having a successful strategy.

Of course, there isn’t a secret formula for achieving the ideal balance of too many and too few posts.

You can use the following technique to carry out these experiments:

To begin, schedule your posts with a predetermined frequency, such as every two hours, for each network you test.

Maintain this frequency for a week, during which time you should pay special attention to metrics like likes, engagement, and clicks.

Reduce your frequency the next week and continue to track the numbers.

which posting frequency has yielded the best results.

the frequency levels that produce the best results.

It’s critical to get your material shared to expand the reach of your post.

As a result, creating viral content a common tactic used by businesses in their digital strategies.

As a result, be careful not to give the impression that you’re trying to go viral.

The public may respond negatively to even the tiniest hint of this intent and distance themselves from your brand.

As a result, constantly keep the audience’s requirements and desires in mind.

After all, there’s no need to be overly enthusiastic about encouraging sharing.

Using visual components like photographs, GIFs, and videos makes it easier to attract the public’s attention and enhance engagement opportunities.

So, as long as you’re in the right situation, don’t be afraid to use this feature.

Another fascinating strategy for increasing your chances of becoming viral is to employ a CTA,

which is a short sentence that encourages people to take action.

Include a direct share button on your page and encourage people to utilize it.

Although not everyone would agree, asking subtly does not hurt.