What is UI design? What is UX design? | UI UX Design | Nummero Skip to content 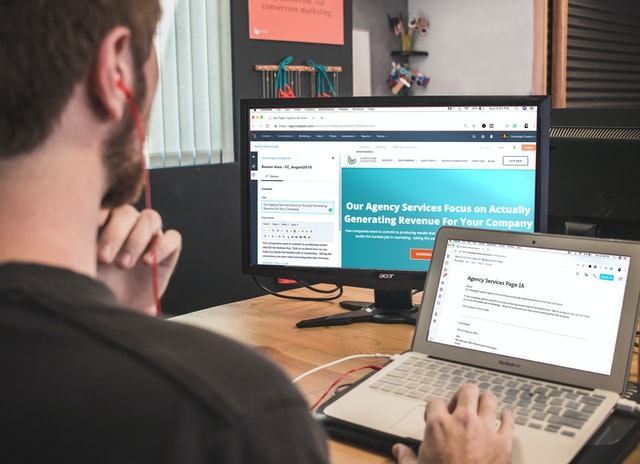 What is UI design? What is UX design?

UI UX design is two of the most frequently misunderstood and muddled phrases in web and app design.
Understandably so.
Frequently grouped in a single word, UI UX design, and on the surface.
They appear to be discussing the same thing.
It’s often difficult to find reliable descriptions of the two that don’t devolve too deep into jargon.
But don’t be concerned!
By the end of this article, you’ll grasp what distinguishes.
Them and how they relate to one another. So let’s get started!
What is UI Design?

The abbreviation “UI” in UI design stands for “user interface.”
The user interface of a program is its graphical layout.
It consists of the buttons that users click, the text that they read, the graphics, sliders.
Text entry boxes, and all of the other objects with which the user interacts.
This covers the layout of the screen, transitions, interface animations, and each micro-interaction. Every visual element, interaction, and animation must get designed.
UI designers are in charge of this task.
They are in charge of deciding how the application will look.
They must select color palettes and button forms, as well as line widths and text typefaces.
The look and feel of an application’s user interface are created by UI designers.
Graphic designers are UI designers. They are concerned about appearances.
It is their responsibility to ensure that the application’s interface is appealing, aesthetically interesting.
And correctly styled to reflect the app’s purpose and/or personality.
And they must ensure that every single visual piece seems cohesive, both aesthetically and functionally.
What is UX Design?

The term “UX” stands for “user experience.”
The way a user interacts with the app determines their experience with it.
Is the experience fluid and intuitive, or clumsy and perplexing?
Is it easier to navigate the app logically or haphazardly?
Does interacting with the app give individuals the impression.
That they are efficiently completing the activities.
They set out to complete or does it give them the impression that they are struggling?
The ease or difficulty with which the user interface elements designed by the UI designers can be interacted with determines the user experience.
As a result, UX designers are equally concerned with an application’s user interface.
This is why consumers are perplexed by the distinction between the two.
However, although UI designers are responsible for choosing how the user interface will look.
UX designers are in charge of determining how the user interface will function.
They define the interface’s structure and functioning. How it is organized, and how all of the parts interact with one another.
In a nutshell, they design how the interface functions.
The user will have a positive experience if it works smoothly and seems seamless.
However, if navigation is difficult or unintuitive, the user experience will be poor.
The second scenario is one that UX designers strive to prevent.
There is also some iterative analysis involved in UX design.
UX designers will generate wireframe renderings of their interface interactions and solicit feedback from users.
This will incorporate into their designs.
UX designers must have a comprehensive understanding of how people prefer to interact with their applications.
How UI UX design Work Together

So a UX designer determines how the user interface functions.
But a UI designer determines how the user interface appears.
This is a very collaborative process, and the two design teams frequently collaborate.
The UI team is working on how all of these interface pieces will appear on the screen.
While the UX team is working on the flow of the app.
How all of the buttons direct you through your tasks, and how the interface quickly delivers up the information the user needs.
Assume that at some point during the design process.
It decides that additional buttons should be added to a specific screen.
This will alter how the buttons must be grouped and may necessitate changes to their shape or size.
The UX team would decide how to best arrange the buttons.
While the UI teams would modify their designs to meet the new layout.
Constant communication and collaboration between UI and UX designers.
Help to ensure that the final user interface looks attractive while also performing efficiently and intuitively.
Conclusion

To develop a good user interface/experience.
Both UI and UX designs must be beautifully be executed and completely linked with pre-existing user expectations. And when the stars align, the effects can be spectacular.
You can contact Nummero, Bangalore’s best digital marketing agency.